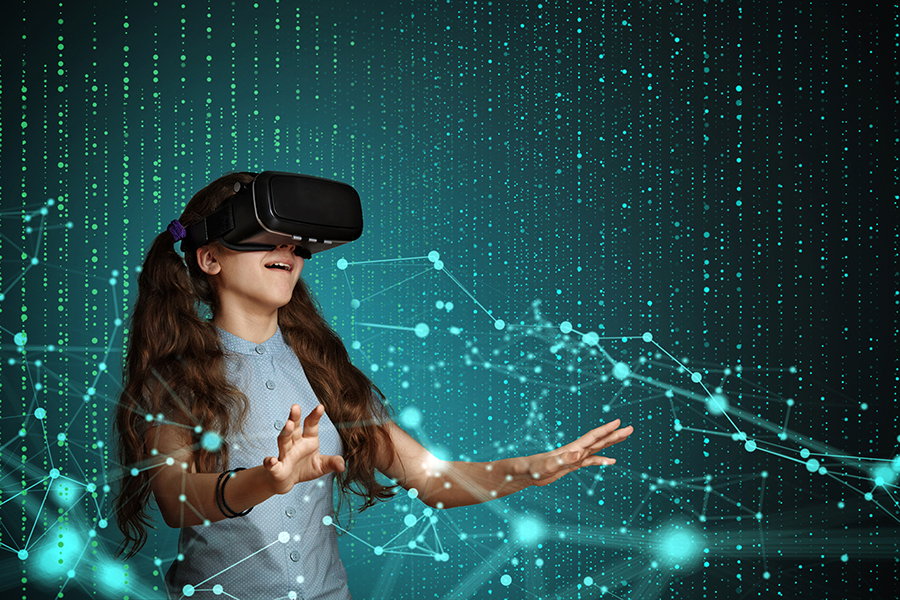 Snow Crash, Ready Player One, The Matrix, these are all cautionary tales of what virtual online worlds might bring to the world. I have been exploring the concept of “The Metaverse” a bit since everybody’s favorite evil android Mark Zuckerberg announced that his company, Facebook, was re-branding to Meta in order to position themselves as a player in the space. I feel like it’s not a great parallel to draw. I haven’t yet read Snow Crash, but as I understand it that novel coined the phrase “Metaverse”, and it was not a good thing. It strikes me as odd that Zuck would use that term to describe his vision.

I don’t want to make this a VR tech article, so I’ll try to be brief. I just want to say that I’ve recently delved into the world of VR. Like many things it’s a space I hesitated to enter just because of the cost involved. I live in a world where my income is enough that I could probably jump on tech when it’s new, if i decided to, but I restrain that urge out of a sense of conservation. So even though VR is not new, it isn’t something I have payed close attention to, until now. A friend and co-worker of mine upgraded from an original HTC Vive to a Valve index about a year ago, and when he did, instead of trying to recoup some of his money by selling his old gear, he gave me his HTC Vive headset. All I had to do was pick up the supporting equipment. I did so on the used market. I already have a decent gaming laptop that meets the minimums to get my into VR, so I picked up two used HTC Vive room sensors, and two HTC Vive wand controllers and I was off to the races. All of this used ran me around $250! I got this all set up about 3 months ago, and I have been enjoying VR since.

Let me tell you, as a kid from the 80’s I saw computer animation, 3d graphics, and VR as science fiction, then technological fact within my lifetime. I remember watching shows on the Discovery Channel back in my teens about this up and coming tech called 3d graphics. It’s really amazing to finally be sitting in my home office experiencing this stuff. And by the way, it’s a little bit of a rabbit hole. I have already upgraded those HTC wands to Valve Index controllers, and I am keeping my eye on the Valve Index headset. Full body tracking and maybe more, or better sensors are in the back of my head too… Tread this path at your own peril.

Like many technologies, VR has a ton of potential, but it’s starting out as entertainment. I can imagine that in my lifetime VR will progress to the point where it could replace keyboard, and mouse input on a computer. Where we’re performing our daily jobs in VR instead of sitting in a chair staring at a monitor. That might sound far fetched, but really, if you’d asked me when I was a teen if I though I’d be working for a company 4 states away, without ever seeing my coworkers in person or visiting one of our offices in my daily routine I don’t think I’d have said yes. If there’s one thing I’ve learned working in Tech, is that tech moves fast!

But I digress. Gaming in VR is everything I had hoped it would be. I have always found things like aiming in games with a keyboard, mouse, game pad, track ball, whatever, to be painfully inaccurate. I happen to have some experience with actual real firearms, and I can tell you that the real experience of firing a handgun, or long gun, is not even comparable to the flat-mode firing of a gun in a video game. How can it be? you have none of the feedback or control that you do with a real physical object. That isn’t gone in VR, but it’s soooo much better. I’ve been playing a lot of No Man’s Sky, which isn’t anything like a fast paced FPS, but it does have a “gun” aspect to it, and it’s not the twitch game that a first person shooter is. It’s actually a lot more like what the average person may be used to in actual real shooting. You have time to think, aim, fire. Even if the thing you’re firing at is a rock, and you’re using a mining laser. The mechanic is the same. And it is a lot more intuitive! I can point my multi-tool at a thing, line up the sights, even close one eye to see the sights better, and pull a trigger on my controller to fire, so much like actually shooting a firearm. So much more immersive.

Virtual Worlds, and “The Metaverse”

Now, “The Metaverse”. I could probably write a whole post about my feelings here, and maybe I will. Let’s start with virtual online worlds. I’ve been involved in Online communities longer than most. My earliest memories of “going online” were around telephone lines, text, and BBS’s. Not internet connections, no global networks, but communities of people playing games together, talking, arguing, and just generally being people. This was the start of the evolution of what, I think, will soon be “The Metaverse”. That’s all still tough to define though. See, that term, metaverse, is being thrown around without a clear definition. So that’s what I’ve started to try to get to the bottom of.

A virtual world is just that. A virtual space, not necessarily a VR space, where you can do things. Most often those things are games, or some form of entertainment. Steam VR has a “home” that you can customize, and use to launch your other games. There are additional user created worlds that range from hangout spaces, to mythical realms. I spent some time walking around someone’s re-creation of Bag End a few weeks ago and it was amazing! You can interact with the world, you can interact with other players, but is this “The Metaverse”? Roblox is another great example, or even Minecraft. These are open worlds, that users create content for, and other users experience they even have in-game economies. Are they “The Metaverse”? Zuck talked about it like this stuff didn’t exist, and that Meta was the way. I think he’s wrong. I hope he’s wrong.

When the world wide web was new, it was created on a few principles. It was meant to be open, decentralized, non-discriminatory, and accessible. No one was to “own the web”, you can argue that folks have tried, and maybe to some extent succeeded, in perverting those intentions, but at the core the web was designed with openness at its center. No intentional gate keepers, but freedom. Freedom to carve out your own little space for the world to see. No one telling you that your content isn’t good enough, you can release it and it succeeds or fails based on its merits. No one turning it off unless you forget to pay your bills. That all has its faults, of course. Freedom to share lies, for example, can be harmful, but that isn’t what this article is about. Personally, I believe that those founding principles are sound, even if they do have some pitfalls. The bottom line is, that when the web was born, it wasn’t created as a service provider, it was defined as a suite of protocols, that could be implemented by anyone who knew how, and then used by anyone who took the time to learn how.

Folks are calling “The Metaverse” the next evolution of the web. The first thing that comes to mind for me, is a model very similar to what we have to day. A decentralized and distributed online world. Where I can host a server in my basement, a cloud provider, or wherever. Then if you want to connect you fire up your client, and enter an address, walk through a portal, or search for content. I’m calling this the “Open Metaverse” in my head, but that term seems to be fought with peril, as it’s already being used to describe something that’s not quite what I’m picturing.

It all comes down to money. Here’s what I think we’re actually going to end up with. Several companies, who spin up THEIR metaverse. Like Meta, like Facebook is but wrapped in a 3d world. See, by most standards, running a web site today can be pretty dang cheap. However, those costs get traded for ideals pretty quickly. You could say that the original vision was, you run a server, you host your site on that server. That model isn’t easy for everyone. So its lead to web hosting companies. You trade a little freedom (and money) for the convenience of not having to deal with the lower layers of the stack. Because those are the hard ones. Servers, and internet connections, and firewalls, and security. It really isn’t easy for the average joe with an idea to share, or even a small business. So most web sites pay a provider. I even do it for this site! I have the skills to run the entire stack top to bottom, and choose not to because of cost, or convenience. The Metaverse, I’d guess, is going to be an even more difficult stack to manage. So I predict that we’re not even going to have that option. Instead of published open protocols, we’re going to end up with closed worlds, where sure, you can create your content, but it’s not yours. It’s Zuck’s, or whoever. If we’re lucky, these metaverse’s will be interoperable, but I’m guessing that they wont be. You’ll have the Meta Metaverse, and the Google Metaverse, and the Amazon Metaverse, and you’ll have to have accounts on all of them for different reasons. I hope I am wrong.

We’re getting long here, maybe I will end up making a post all about my Metaverse feelings, but for now I’ll close with some information. In my searches I’ve come across a few things that you might all want to check out, Metaverse related. The first is a game on Steam in early access (free to play) called VR Chat. I spent some time exploring it just last night, and its pretty dang cool. The second is Decentraland, which is currently open to new users, not VR, but offers blockchain backed ownership of items and land. And finally The Sandbox, similar to Decentraland, but not open to the public yet (open for alpha pass holders). Check them out, and let me know what you think. All of them are, as far as I can tell, closed worlds, where you can create and even “own” things, but they are still dependent on a central body.