So, a while back, I heard about this neat new project that was based on this idea that Eben Moglen put forth.  All about taking the internet back into the hands of its users, rather than handing our personal data blindly over to a cloaked 3rd party.  This project is called Diaspora. It’s a de-centralized social network.  It has (or had, at the time) two major differences from other popular social networks.  First, you could run your own server, and second, that you could classify your friends into aspects, and then when you shared things, you shared them to the aspect that suited the content.  This sort of sharing just makes sense, and for some reason, the guys at Diaspora were the first to think that it was a good idea to implement.  So they went on and released their code in Alpha state in October or so of 2010.

Diaspora development has been slow going, but they’ve made a ton of progress.  I’ve been following along, and even have had a pod up and running a few times to have a look at their project.  As you can probably tell, I’m interested in Diaspora, and I like their idea.  The aspects AND the de-centralization.  The idea of owning your own data, AND having the networking of a social network is pretty damn cool IMHO.

So fast forward to a few months ago. Google annunces Google+.  Their take on a social network.  Which is accepted pretty quickly.  Well I like to keep up on these sorts of things, so of course I scrambled to get an invite.  I get logged in, and setup, and guess what i’m reminded of… Diaspora! I mean, have a look at the interface: 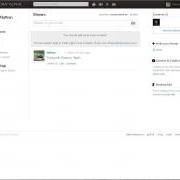 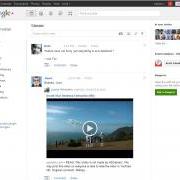 Wow, looking at them side by side….  Uncanny.

So the look is not the only similarity.  It’s also the functionality, sure, G+ adds in extras like Hangout, Huddle, and Spark.  At the core though, Diaspora’s aspect’s are implemented in G+ as Circles.  Exact same functionality!  Exact!  Sure, this is a basic idea, and i’m sure google could have come up with it on their own, but really…

What I’d really hate to see is G+ killing off Diaspora.  I really like the idea behind Diaspora, that is the decentralization.  In my mind, that’s enough to keep Diaspora in the running, however, there’s too many novices on social networks to really expect that to save the project.  How many average joe’s can run their own server, let alone the rather complex software which is Diaspora.