What My Family Thinks I Do For a Living 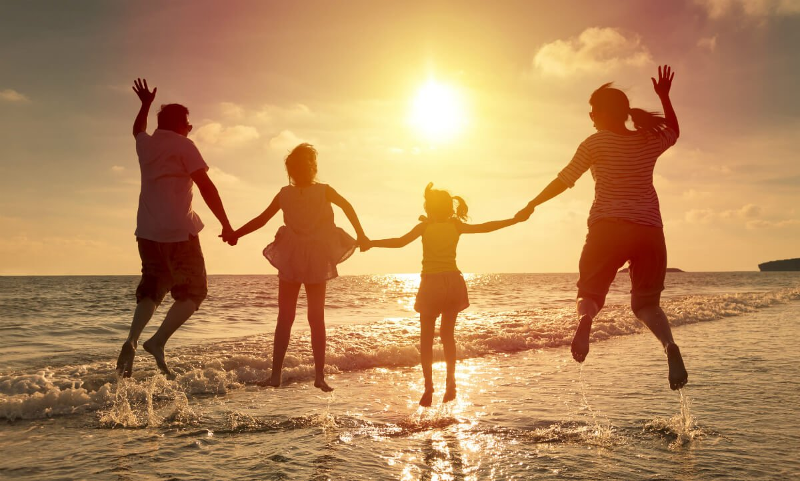 The job title “System Administrator” is sometimes vague within the industry.  Some sysadmins are responsible for a wide swath of devices, from desktops, to servers, to printers, to air conditioning units.  So, sometimes when you tell another IT professional that you’re a sysadmin, you have to follow that up with at least some qualification.  “I’m a linux sysadmin”, for example. So what chance do our family members, who may not be technical at all, have of understanding what exactly we do?

Well, I thought it might be fun to ask my family.  Not just my immediate family, but my parents, and my in-laws too.  Now, I want to mention that since coming to Red Hat, I’m no longer technically a sysadmin.  However, I’ve got 15 years professionally as a Sysadmin or Network Admin. Asking my family what a Technical Account Manager does might be a whole different level of humor!

I asked my wife, who’s known me since I was a lowly first level tech support representative in the late 90’s. My parents, and my in-laws, who are all retired.  My sister, who’s only about 2 years older than I am. Lastly, for the possible comedic value, I even asked my kids who are in kindergarden, and 4th grade. At the end of the article, I’ll tell you what I actually did.

Let’s start with my wife.  She’s been by my side as I grew my career from the ground up.  She does not have a technical background, though she’s better with these computer things than some people are.  We’re about the same age, so she grew up in the same era I did. She must have some idea what I do, right? So I asked her.  “What do you think I did for a living as a sysadmin?”

Her immediate response was… “Sit on your butt”.  Hey now.. I have a stand-up desk!  Then she took a moment to think about a real answer, and here’s what she said.

“You monitor email, you fix things that are broken, computerly, Uhh… you type?”

Computerly? Is that a word?

Then I asked her parents, who happened to be close at hand.  Her dad is a retired truck driver, and her mom had a life in retail before retiring.  Neither of them are particularly tech-savvy (and that’s ok!).

“Worked on computers all day”

And when I asked her if she could elaborate at all on that she said:

“I think you were working to find out where you could help the school better itself with the computers, and the systems and security.”

“Safety and security of the system throughout the whole school, to protect what was coming in.”

Not bad answers at all!

So I went on to my own parents, who weren’t put on the spot like my Wife and In-Laws were, since I had to email them to ask.

My Dad is retired from managing a small telephone company.  It’s fair to say that he was my own inspiration when it came to career choices.  Much of my early computer exposure came from him. He may not be a computer whiz, but for his generation I’d say he may be in the upper tier of technical know-how.  So I wasn’t surprised by his initial answer…

“The sysadmin is the guy who says “NO!” to the user who wants to do something stupid with his computer or with the company’s system.”

I guess that’s fair.  He had his own IT people to deal with when he was still working, and we’ll just say they didn’t get along well. He added this though:

“Oh yeah, he’s also the brilliant engineer who keeps the company’s system and network up and going despite the attempts of users to crash it.”

Not bad, though I think his understanding of the sysadmin role may be colored by his own experiences with the corporation that owned his telco.

Now, my mom.  Technology and her are not close friends.  She’s better at it than she thinks, but I think it’s safe to say that what makes her technology work is not only a mystery, but not something she wants to know much about.  Your average user!

That’s fair.  I don’t do much programming, but I’d imagine that a lot of end users see sysadmins and programmers as similar roles.

Now, my sister.  She’s just about a year and a half older than me.  We grew up in the same household, of course, she had the same exposure to technology that I did.  She chose to focus on business and healthcare as her chosen career path. She worked with me for a while in level one technical support, so she’s no stranger to technology.   To say her response surprised me would be an understatement.

“What do I think you do as a Sysadmin?  You are the grease in the “gears” that keeps things functioning smoothly, be it web connectivity, e-mail, or other accessibility required by a company/institution.  When the alert goes out that, “Something’s gone down” to the users, (or comes in from the users) you are the IT/Tech/network department that is mysteriously on the job.  Imagined as crawling around looking for the plug that came loose or the drive/server that spontaneously corrupted, you leave your cape hanging on the hook, lest it create static electricity.  Of course, you can also be the squinty and bespectacled person intently scanning through logs and code to find the one comma that broke all the stuff.“

Now for the moment you’ve all been waiting for, I’m sure.  What do my kids think I do for a living? I asked each of them alone, in my home office.  So that they couldn’t get any hints from each-other, or the adults around. Here’s what they said.

My younger daughter is kindergarden age, I didn’t expect her to have any real idea of what I did.  Here’s what she said:

“Um, you did what your boss said, and me and Mommy came to see my Dada.”

She actually said that I did what my principal said… Because that’s what she knows, but I told her that my boss would be like her principal, and she corrected herself.

My older daughter is in 4th grade.  I worked as a sysadmin in the same job for literally her entire life.  She’s participated in our closest BSides conference for several years, and attends our local DEFCON meetup when it doesn’t interfere with her sleep schedule for school.  She’s a smart little girl, and has some interest in technology. She even knows how to solder! Here’s what she said:

“You worked on computers, and you kind of messed up once you kind of jammed something, I don’t really remember.”

That’s right.. She remembered my little mishap from about 2 years ago when I accidentally destroyed our Red Hat Virtualization Manager, and had to spend 3 months of over-night maintenance to get it back online..

The Day The RHV Manager Went Away

She went on to say this:

“You, umm, figured out new web sites.  You tried to hack on, like, um, fixing glitches, and once you had to actually fix one of your mistakes!”

Boy.. She’s all about remembering my mistakes, isn’t she?

So, what did I actually do? What job were all of these people so close to me trying to describe?

I worked in Higher Education, at a small liberal arts college.  I started as a sysadmin, later was promoted to senior sysadmin, and near the end was moved into HPC sysadmin.  In the beginning we were largely a physical on-prem deployment, and I was key in moving us into the virtualized world.  I designed and built their Red Hat Virtualization clusters, and the same for their implementation of Red Hat Satellite to manage the several hundred (by the time I left) Red Hat Enterprise Linux deployments they had.  There was a time early on that I was solely responsible for their on-prem email solution, and helped facilitate the migration to a cloud provider when the time came. I was basically managing all of their server infrastructure with the help of one other Sysadmin.  I had some security responsibilities though not officially, I did my best to help keep the systems I managed secure because we did not have the benefit of a dedicated security team. I did a lot of automation and scripting. We ran the platform for the college’s entire web presence, ERP, database back-ends, file servers, everything.

So there you go!  That’s what my family thinks I do.. Or.. Did.. for a living as a sysadmin.  How about you? Does your family have any idea what you’re doing on that computer all day long?  It might be fun to ask!