Big changes in my world. 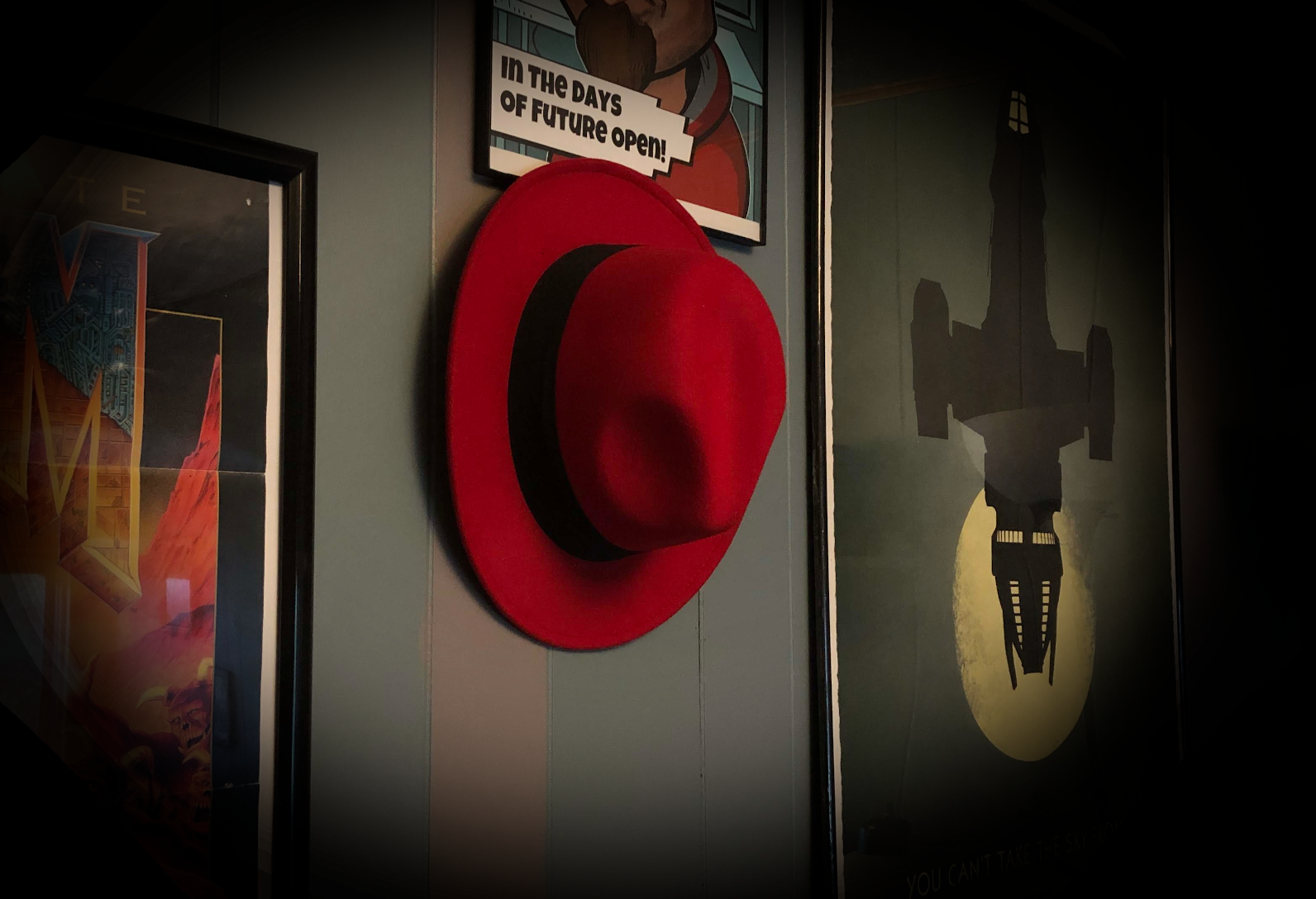 Hi folks, sorry I haven’t been posting much. My work with Enable Sysadmin continues, and I have some new content headed that way, which will eventually trickle down to Undrblog. But, in the meantime, I thought I’d share a little update. For those of you who listen to Iron Sysadmin, or follow me on Twitter, or maybe know me in person, this isn’t news. But for the rest of you, some big changes have happened in my life! Good ones!

You may know that I work (or.. worked) in higher ed, as a sysadmin. Sr. sysadmin, and then most recently HPC sysadmin. It was a good gig. Great benefits, the pay’s a little lower than in the private sector, but seriously. If you can get a decent paying job in Higher Ed, go for it! It’s got its challenges like anything else, but in my experience, it’s a lower stress, maybe even higher reward, environment. That reward part depends on you. If your definition of reward is solely based on salary, you may be disappointed. If you’re rewarded by helping young people become productive adults. Or by furthering humanity, higher ed just might be for you.

Anyway, I’m using a lot of past-tense there. That’s because after about 10 and a half years in Higher Ed, I made the tough decision to leave it behind me, and head back into the private sector. It was a tough choice, I was enjoying my work, and aside from a single personnel problem, I really enjoyed what had become more than just a co-worker environment, but more of an extended family. The team at the college were.. Are! great folks.

You see, a long time ago. Like.. 20 years ago.. Late 90’s. Modems still screeched, TV’s were still tube-driven behemoths, Gateway 2000 still had a 2000 in its name, and web-tv was still a thing. I found Red Hat Linux. I was a broke high school kid who heard that this Linux thing was free, and could stick it to Microsoft. I didn’t like Microsoft. What I didn’t know was that Red Hat Linux install CD that I bought at a computer show, would one day change my life. I liked the command line, and I was intrigued. A few years later, I started my career, dial-up tech support at a local ISP. And I found pretty quickly that there were a few other nerds in the office that got it. That linux thing. Red Hat was on the verge of releasing their first, for-pay Linux operating system, and with that came the need for more staff, and a few of us started talking about how awesome it’d be to work for them. Rumors of their nerf gun culture were pretty wide spread, even in this early internet era. It sounded like an awesome place to work. Who was I though? Some punk kid with a web server in his basement. What the heck would Red Hat do with me?

Well, I never completely lost sight of that. I developed my career around a solid Linux foundation. It was 10 years in, when I was about to apply for the job I later got at the College that I really realized that I’d built quite an expertise around not just linux, but Red Hat linux. I’d used other distros, but none of them felt like home, like Red Hat. I’d endured hate from others who loved their Debian’s, and Slackware’s, and Gentoo’s.. Remember Gentoo? -shudder-

At the college I found a great group of geeks and hackers! We were driven by uptime and reliability of course, but there was always a level of curiosity. Try that thing, let’s build this awesome thing, let’s do it on Linux instead of Windows. We had passion. We did awesome things. I nearly lost sight of my Red Hat goal, because I’d found a great environment! Well one by one those passionate geeks left for one thing or another, One of them even left to go work for Red Hat, and eventually, I found that while I was still a member of a great team. We weren’t doing those things I was so passionate about anymore. We were doing our best to standardize, and operationalize. All good things! Don’t get me wrong! But I started to find that I was turning into a crotchety old sysadmin more and more. That passion felt like it was fading. And honestly, I didn’t like that. So I was coming home from work a little less fulfilled. A little less excited about tomorrow, and eventually, I was feeling sort of like I was unsatisfied. So I did things to try to help. I helped start up the LV Hackers meetup (Now DEFCON610), and got involved in a Red Hat customer advocacy group, The Red Hat Accelerators. I started the Iron Sysadmin podcast! I write here, and for Enable Sysadmin! All of these were great, but a guy with a wife and kids, you could imagine that my time’s not always my own, and finding time for everything was getting tough.

The College was starting to look at AWS more and more, which I was only sort of on board with. I’d devoted years to developing a stable platform for us to run our infrastructure on, and now what? Pitch it, move to the cloud. We went to AWS Re:Invent in 2018, and I didn’t find much comfort. I DID find the Red Hat accelerators though! I knew the group was going to be there, so I figured I’d try to get to a panel they were running, and also got a chance to hang out with a few of them while we were in Vegas. I ended up participating in their panel from the crowd, because that’s how I roll, and we went to see The National Atomic Testing Museum! Oddly enough, I came home from Re:Invent even more passionate about Red Hat’s offerings, and even less about AWS. Which did not help my daily mood.

Well, fast forward a bit, I’d recently transitioned from Sr. Sysadmin to HPC Sysadmin. I was starting to feel like that passion could get rekindled. We were building stuff! We were designing things! Figuring out problems, and something I’ve always valued, enabling research and learning. And then came Red Hat Summit 2019…

I was invited to summit by the Accelerators, and on top of that, I was invited to participate in their panel at the last minute because one of the participants couldn’t make it. What a great time I had. Unlike Re:Invent, I really felt at home. I’m surrounded by geeks doing passionate things. The panel went great, I got a caricature done at the Command Line Heroes booth, bowling with the accelerators! It was a great time! Summit is a great time, if you have never been, you should go!

Well, a little over a month after I get home from Summit, I get a message from one of the leaders of the Accelerators. He’s the guy I’d spent time with at Re:Invent, and he ran the panel at Summit. He’s got a job opening on the team he’s on…

Well I didn’t know what to say. In fact at first I said no, because I felt like the College couldn’t possibly lose me. After talking to my wife, and thinking it over more, I realized that not only was this the very opportunity I’d been preparing for, for literally my entire career, but let’s face it. The College would survive without me. They’ve got the endowment to fall back on, they can hire an expert to fill in while they find a replacement. No matter how important I was there, my exit wouldn’t mean the demise of higher education. So what the heck was I doing?

So I did it, I applied, and almost three agonizing months later, her I am. On 10/4/2019 I left my long standing, stable, comfortable job in Higher Education, and jumped into a new culture of open collaboration at Red Hat as a Technical Account Manager! Yea, it’s a support role, technically, and isn’t that what we’re all trying to get away from? Well I can tell you this is different. So far anyway. I’m only 2 weeks in, but every day so far I’ve been impressed by the culture, and the collaboration. On top of all of the other benefits of working for a place like Red Hat, I also get to work from home! It’s like i’ve been given back a whole extra work day per week! I get to see my kids more, I get to see my wife more! I get to SLEEP MORE! It’s been amazing.

So, I just want to say, dreams come true, sometimes. I don’t want to sound all corny and say this is the day I’ve been waiting for, for 20 years, because while I have wanted to work for Red Hat for 20 years, it’s not like I’ve been working every day of my life since to get here. I’ve just been doing what I do, and what I do happens to jive well with what Red Hat does. I think it always has, and that’s not because I made it that way, it’s just because it is who I am. If you’ve stuck with me this long, thank you for reading! You can probably expect some “working remote” content from me soon, as it’s been a tad bit of a transition.