Enlightenment, and Eterm on Fedora 15.

I recently upgraded to Fedora 15, and I’m very put off by the selection of window managers, and their stability  I’m a long time Gnome2 user.  Gnome has a nice set of features, it works well, its stable, /cheer for the gnome team.  Gnome3, which is included in Fedora 15, is horrid.  Probably because it’s still young.  Gnome 3, with gnome shell does not work at all on my desktop at work because of how my displays are configured (4 displays, spanning 2 cards with xinerama, which kills 3d-support) and while it works, technically, on my laptop, it does NOT work reliably.  Gnome’s failsafe which is similar to Gnome2, works on my quad display desktop, but breaks my synergy config by not allowing me to pass the top of the screen to get to my laptop (this statment makes sens if you’re familiar with synergy), and on my laptop, it has the same stability issues as gnome-shell.

So, I thought about the issue, I was about to fall back to Fedora 14, when I thought of something.  I love enlightenment I’ve liked this window manager since back in the late 90’s when i started toying with Linux.  Enlightenment DR13 was my first build, back when gnome was still a toy and not all that popular.  As gnome matured, i started using it simply because it had a lot of nice features, and was right there waiting for me after a fresh Fedora install.  It was very usable, and didnt require much work to get the way I wanted it.  It’s gotten bloated over the years, and now with the Gnome3 disappoinment, I decided to give Enlightenment a shot again.

I’m going with Enlightenment 16, it’s older than Enlightenment 17, but its compact, fast, and stable.  on top of that, it lacks some of the flash of 17, but i like it more.  There are a few things to overcome, and i’ll get into those as I go.

First, I checked out the SVN for e16, and after poking about, decided to just get the RPM from sourceforge.  This is linked form enlightenment’s download page.  This turned out to be largely un-necessary, but it DOES have the latest source for anythign you’d like to install. It also includes Enlightenment 17, if you’d rather go that route/

It turns out that all of  e16 is included in Fedora’s yum repos.  So I installed with ‘yum install e16 e16-themes e16-epplets eterm’.  This installed the window manager, in the redhat way.  Including the entry for the login session drop down list.  This is a nice touch, because I always have trouble figuring out where Fedora has move those damn things this time, whenever I want to add an item to the login screen.

That was the _last_ easy part to this whole procedure.  The rest took trial and error, googling, and source building.

This is a laptop that I’m building on.  NetworkManager is nice on laptops, it makes getting your wireless going a breeze.  The problem? Enlightenment was built before NetworkManager ever existed, or at the very least, before it was ever mainstream.  So it has no idea what NetworkManager is, and thus, has no client for it.  I did a little googling and found out that wicd is a perfect app to use under non-NetworkManager friendly sessions.  So I yum installed wicd, wicd-common, and wicd-gtk. Then, per the instruction of the thread I found regarding this, i fired up wicd-client with ‘wicd-client -n’. First, i got a complaint that the client couldn’t connect to wicd’s dbus service… This was pretty easily solved by simply running “wicd” from the console, as root. Tried wicd-client -n again, and I was presented with wicd’s client, and a list of detected wireless networks.  I selected mine, and attempted to connect.  It’s not configured, ok, configured with my password, saved, tried again.  It rejects my authentication.. Why?  It’s the right password… What the hell?

This gets you up and running, but does not address every issue you’re going to encounter using a 10 year old window manager on a brand spanking new build of Fedora.  There are a few things, like NetworkManager, that don’t really work as they would on a new windowmanager.  One of which is your notification area.  We take this for granted.  Applications that run in the notification area of your window manager will suddnely vanish when you run them.  This is because by default e16 doesn’t load a notification area.  I did a little googling, and found out that you can in fact turn this on though.  Just go to Desktop->Create Systray in your enlightenment menu.  Now you have a notifcation area!

I found a ton of themes here.

In the end, After some config, and a theme, i ended up with a very usable, and very mine, workspace. 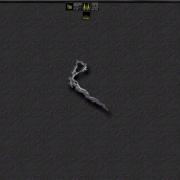